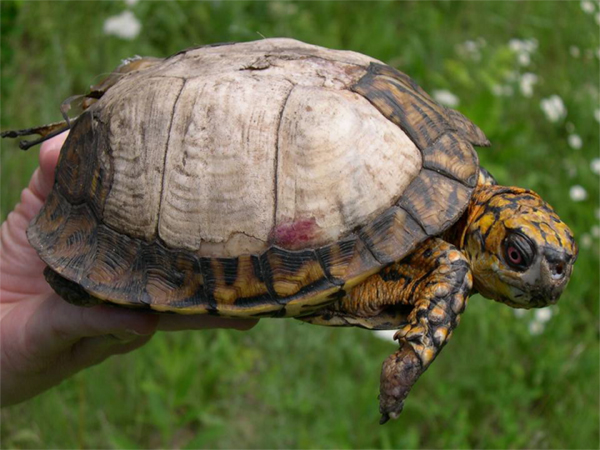 Your Calls and Letters Can Stop This Project

The U.S. Forest Service is moving forward with a plan to log 4,375 acres, repeatedly burn 13,500 acres, build 16.4 miles of logging roads, and apply herbicides on 1,970 acres all concentrated on ridges, slopes, and valleys in the Hoosier National Forest (HNF) that drain into Monroe Reservoir. We urgently need your help in contacting the officials listed below to stop this ill-advised project and compel the Forest Service to consider alternatives.

Contact each of the following officials and ask them to stop the current logging and burning plan in the Houston South Area. Share with them two or three specific reasons for wanting this project stopped. Please forward a copy of your correspondence to IFA so we can document contacts made. If you would be willing to write a letter to the editor of your local paper, please contact IFA. We urgently need your help in contacting the officials listed below to stop this ill-advised project and compel the Forest Service to consider alternatives. The USFS will make a final decision at the beginning of February.

This proposed “Houston South Vegetation Management and Restoration Project” risks increasing sediment runoff into the South Fork of Salt Creek which is already polluting Monroe Reservoir, the sole drinking water supply for 120,000 people in Monroe and surrounding counties, with too much sediment and nutrient input. It will cause repeated closures and reroutes of the Knobstone Trail as well as popular horseback riding trails. The project will kill or harm at least seven species of federally or state listed bats and other birds, mammals, amphibians, and reptiles that are state endangered or listed as “species of special concern” in Indiana.

Link to the plan details published by the U.S. Forest Service.

Because Houston South is located in the Lake Monroe watershed, implementing the proposed management plan will compromise the drinking water supply for 120,000 people. Lake Monroe already suffers from excess nutrients, suspended sediment, and algae. Drinking water authorities spend hundreds of thousands of dollars to treat spikes in suspended solids (“turbidity”) to safely provide this water to the public. The project area contains many steep slopes with highly erodible soils, and the silt load from burning and logging will exacerbate these problems. Shallow bays are noticeably silting in and being clogged with invasive water plants. The Clean Water Act prohibits new pollutant loads when an impairment is present.

The U.S. Forest Service (USFS) says that Best Management Practices will prevent water pollution, but monitoring of other logging sites shows this is not true. In a Kentucky study, suspended sediments were 14 times higher during the first 17 months after cutting in a watershed where logging BMPs were used when compared to an uncut watershed (See source 1). A literature review indicates that in general, the effectiveness of BMPs for sediment ranges from 53 to 94% efficient during harvest and up to one year after harvesting (See source 2). Fishing on Lake Monroe will also likely suffer from increased sediment input.

In its present unlogged and unburned condition, the Houston South project area supports seven species of bats that are federally endangered or threatened, under consideration for this listing or state endangered or “species of special concern” (rare or range limited in Indiana, see source 3):

State counts indicate that White-Nose Syndrome, a disease that attacks cave-hibernating bats, has killed hundreds of thousands of Indiana bats and 90% or more of Northern long-eared, little brown, and tri-colored bats since it arrived in Indiana in 2009.

By burning and logging during the summer, the project will cut down, burn up, and engulf in smoke maternity roosting trees for these bats, killing the mothers and their “pups.” Other animals that will likely be burned up or adversely affected by the logging and road construction include the state endangered Timber Rattlesnake and Cerulean Warbler and Species of Special Concern that live or nest on or near the forest floor such as Eastern Box Turtle, Smoky, and Pygmy Shrew, Rough Green Snake, Worm Eating Warbler, Black and White Warbler, and Hooded Warbler.

The USFS claims that this timber harvest is required to regenerate early successional oak and hickory forests. However, the age class distribution table for the HNF indicates that about 10% of the HNF is in the 0-25 year age class, while less than 5% is in the > 100-year-old classes. Findings from the 2018 Purdue Climate Change study indicate that climate conditions will be more favorable for oak in the coming decades, suggesting that oak saplings will thrive without the intervention of logging, burning, and pesticide applications.

Outdoor recreation is one of the fastest-growing components of Indiana’s tourism industry, generating some $15.7 billion in annual consumer spending and creating 143,000 jobs in Indiana, according to the Outdoor Industry Association. This project will consume a significant part of the most popular horseback riding area in the HNF and force repeated closures of other horseback riding trails. The project will force closures or reroutes of the Knobstone Trail, the state’s longest and most famous backpacking trail, as well as the Fork Ridge and other hiking trails.

Volunteers helped construct and maintain many of these trails, but the volunteer pool is likely to dry up if trails are destroyed or repeatedly closed due to logging and burning. Several miles of the project are directly adjacent to the southern border of the Charles Deam Wilderness. This logging project will diminish the recreational experiences within the largest concentration of national and state forest public lands and the only federal wilderness area in the lower midwest (Indiana, Ohio, and Illinois) where wild land for such experiences is extremely limited.

The USFS is required to consider the cumulative impacts of their actions, including the release of greenhouse gases. While admitting the project will contribute to carbon emissions, the Forest Service has not considered done this. Since the latest 2006 Forest Plan, global climate change projections have become much more dire. The Houston South proposal does not even reference the Intergovernmental Panel on Climate Change report published in 2018 that emphasizes the importance of reducing carbon emissions and increasing carbon sequestration (see IPCC reports). USFS claims the project will contribute only small amounts of carbon through logging and burning activities. Furthermore, the agency has not considered alternatives that contribute less or have a positive impact on carbon sequestration.

The USFS is required to consider alternatives to the proposed action at Houston South. The USFS has not demonstrated that they considered the impacts on municipal water supplies. Some 63,000 acres of the HNF have the same management prescription (“Management Area 2.8) under the HNF Management Plan as Houston South but lie within watersheds that are not used for drinking water. Many groups have asked the USFS to consider harvesting and burning in those areas instead. However, other than taking “no action,” the USFS has not considered any alternatives to this drastic plan.

Thank you for your forest advocacy! Together we are working to protect Indiana’s priceless remaining wild nature.

This message is only visible to admins.

We couldn’t agree more with Holliday T. Day’s letter to the editor in today’s IndyStar. “Growing trees is not like growing corn.”

The wilderness holds answers to questions humans have not yet learned to ask.