A huge opportunity to encourage the preservation of private woodlands and generate money for the creation of more public forests is scheduled to be considered Feb. 1 by the Indiana Senate Natural Resources Committee.

Indiana Forest Alliance and its affiliate, Carbon Neutral Indiana, are part of a coalition of environmental groups and others supporting the passage of Senate Bill 373, authored by Sen. Susan Glick, R-LaGrange.

The legislation would provide incentives for private landowners to keep their land as farms and forests by encouraging Indiana companies to buy voluntary carbon offsets from the landowners and provide funding to the state’s Benjamin Harrison Trust to buy more public forest land in Indiana.

The development of an Indiana carbon market would be encouraged through technical assistance and a carbon offset verification program administered by the Indiana State Department of Agriculture.

Companies would buy carbon offsets, essentially paying private landowners to preserve trees, manage forests sustainably, conserve carbon in the soil and use other practices that sequester carbon from the atmosphere. This would compensate for carbon emitted by a company’s regular operations, thereby limiting or eliminating the company’s carbon footprint and helping to address the climate crisis.

The bill also would allow companies to purchase carbon offsets and reduce their carbon footprint by contributing to the Benjamin Harrison Trust to enable the state to buy forests to conserve carbon and create new public conservation lands.  Companies could also contribute to the state’s Clean Water Indiana fund by purchasing offsets to help farmers conserve carbon and protect soil and water quality.

At a time of severe austerity in the state’s budget, this legislation offers the best hope for raising funds to purchase badly needed additional public forest land and addressing the climate crisis at the same time by conserving and restoring more forest that will pull large amounts of carbon out of the atmosphere.

With the chair of the Senate Natural Resources Committee authoring the measure, it stands a real chance of being moved through the Senate to the House and ultimately becoming law!

Indiana Forest Alliance supporters are strongly encouraged to ask their state lawmakers to support and work for enactment of Senate Bill 373. At this time, senators should be urged to sign on to the bill as co-authors to give the bill momentum.  Representatives should be asked to keep an eye out for SB 373’s passage by the Senate and co-sponsor it if and when it arrives in the House.

We’ll provide more details on the Natural Resources Committee hearing as soon as they become available. 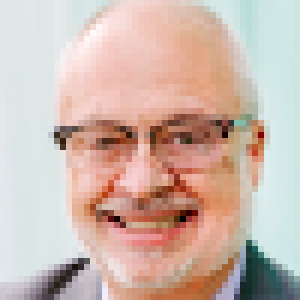